The commitee of Malt AIR have selected six artists based on a series of qualities as international experience from biennals, shows and galleries. The artists' contemplation in different matters of society, political aspects and use of material. The artists comes from all around the world, each bringing new knowledge and network to the Danish art scene.

Working from his hometown, the post-industrial harbor city Kaohsiung, the artistic practise of Taiwanese artist Chih-Chung Chang is sited within the tension between human, civilization and nature. Meanwhile the starting point for his recent work is the industrial ports and the maritime culture.

During his residency at Malt AIR, Chang wants to explore the ports of both Ebeltoft and Aarhus. He wants to continue his research and art project on anti-fouling paint issues, focusing on the abuse of toxic ingredients and marine pollution. Sited in Denmark Chang is interested in exploring the Danish consciousness and responsibility concerning marine environment and pollution, and to interpret emotional bonds and stories about how oceans and ships connect people, from an East Asian perspective.

French artist Ludovic Beillard is working across a wide spectrum of both sculpture, painting and installation. He is currently interested in a certain idea of utopia, which he sees, first of all, in the anecdotes, stories and popular myths of the working class. With references to Gothic sculpture, the medieval period and the comedia del arte (an early form of professional theatre) Ludovich composes his exhibitions in a theatrical way by incorporating grotesque aesthetics and exaggerating perspectives. During his residency at Malt AIR, Ludovich would like to continue to bring together model making, applied arts and religious sculpture to stage these anecdotes to bring them closer to a mystical essence.

Sound, perception and imagination are essential elements in the research and artistic practise of Jonna Kina. She combines multitude mediums such as video, photography, sound and installation. Usually her works are collaborative and have involved participation of various professions, cultures and communities. Kina often turns things upside down and slightly distorts reality to activate the curiosity of the audience and their preconceptions of what they hear and see.

Jonna Kina is very much looking forward to taking part in the Danish art scene and in new communities, as pro-active critical dialogue and building networks, platforms and friendships are highly important for her artistic practise.

During her stay she will start a research for a new film piece, in which she will continue to examine the relationship between sound and image - a subject that has been present also in her earlier works.

Using the traditional medium painting, South Korean artist Chan Mi Heo is trying to define what it means to paint and to define the norms associated to it. Instead of using brushes, Chan Mi uses blankets - often as a part of a performance, where she wraps herself in the blankets and at the same time uses them as a tool to paint. Using the landscape as the motive of these expressive paintings, Chan Mi also takes part of a long tradition of landscape painting, at the same time trying to liberate herself from this tradition.

During her residency in Ebeltoft Chan Mi wants to explore the landscape around the city and to discover how the foreign and unknown nature is gonna affect her artistic way of portraying it.

Working with mediums such as collage, drawing and installation, Monzillo is interested in challenging the supposed neutrality of historical data and geographical representation. She questions why these complex narrative fabrics and systems of representations look the way they do and points out how their configurations are connected to mechanisms for the political imposition of power.

Drawing on experiences both as an artist and architect, Monzillo has studied the contrast between cartographies of Native American sites and those produced by Spanish colonizers.

Lately she has been particularly interested in the myths told about the Danish vikings in regards to the discovery of America which will also be subject to her work during her stay at Malt AIR. 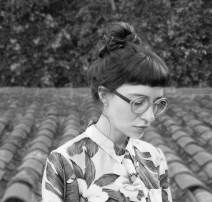 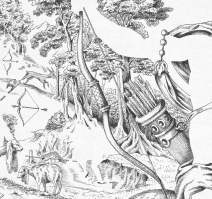 Mahbub Jokhio is from Sindh, Pakistan. Besides working on his own artistic practises, he teaches at Beaconhouse National University Lahore. Jokhio’s visual investigations often incorporate irony, a dark sense of humor and self-referential critiques that locate and decode the image’s capacity to mediate reality. Jokhio often makes slight alterations and manipulations in usual conventions to alter our view and perception towards the world. In general the artistic practise of Jokhio ranges widely in both content and stylistically.

The effect of climate change on the sea is a theme that has his special interest - from life in the sea to the rise of the sea.

With the workning title “Noah’s Dream” he will investigate how we in Denmark in general, and in Ebeltoft in particular, relate to the sea and the climate, with a view to finding new strategies on how to deal with the natural changes.

The commitee of Malt AIR have selected six artist/artist duos based on a series of qualities as international experience from biennals, shows and galleries. The artists' contemplation in different matters of society, political aspects and use of material. The artists comes from all around the world, each bringing new knowledge and network to the Danish art scene.

Nicholas grew up in a city in Germany, where being in the minority as a person of color, he learned to find artistic inspiration in the feeling of being looked upon as different. His creative work unfolds through painting as well as performance art and video installations. During his stay at the Malt Factory, he hopes to get in touch with the local people and find inspiration for an art project which explores Ebeltoft's queer environment and invites to interpret on the concepts of identity and fragility when these meet in the intersection between life in a quiet small town and the city life. 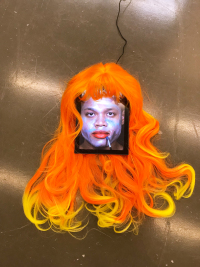 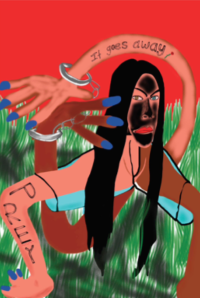 KADIJA DE PAULA & CHICO TOGNI are a duo of Brazilian/Canadian artists who create situations and happenings that question the value of resources and social practices.

They combine food, text, sculpture and performance to create "events" and social experiences that take place in structures and functional objects they build with found resources and materials, avoiding the use of things that should not have been created or that will soon be depleted.

Interested in degrowth as a political and economic movement that can keep us going on as a society, Kadija and Chico research habits and processes of consumption, disposal, recycle, and social assistance to make self-organizing and alternative economical experiments that challenge how we consume, accumulate, exchange, share, and waste an abundant surplus of resources. 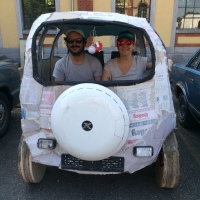 Through her art Karolin Schwab seeks to unfold the emotions and questions that arise in the encounter between the inner and outer landscapes; between human and nature. By creating art installations in natural landscapes and vice versa by bringing the landscape into the exhibition space in form of sculptures and pictures.

The location of Maltfabrikken in the National park of Mols Bjerge creates a good match with Karolin's work. Especially the geographical location by the ocean front and the coast on the opposite side of the cove, inspires future works that will explore the distance and the water connecting the stretch.

Kelani Abass from Nigeria grew up in a family working with the traditional handcraft of letterpress. Within this family business, Kelani has found his source of inspiration, as his art today deals with the craftsmanship and the technologies that the printing industry has used through time.His art unites personal stories with historical events, thus creating new narratives that comment on collective memory, time and technology. Kelani hopes to be able to benefit from the Maltfabrikken’s museum, library and archive for immersed research work. 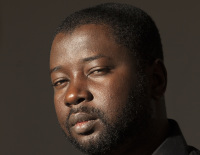 FRAUD is and art-research duo (Audrey Samson + Francisco Gallardo). Audrey and Francisco work at the intersection of critical ecologies and media ecologies. They particularly explore the inscriptive operationality of the automated gaze within data extractive, analytical and predictive systems. During their residency, FRAUD seeks to examine the Danish government's plans for the departure center for rejected refugees at Lindholm.

Yun Choi is known for reproducing and expanding banal images of South Korea and focuses on the collective belief those images imply. From public places and popular culture, she captures, collects, and transforms images that create a social climate and repurposes them for her videos, installations, and performances. She held the solo exhibition Hanaco, Yunyunchoi, Choi Yun Solo Exhibition (Art Sonje Center, 2017) and participated in group exhibitions such as Busan Biennale, Divided We Stand (former Bank of Korea, 2018), the Gwangju Biennale’s satellite exhibition Today Will Happen (Gwangju Civic Center, 2018), A Snowflake (Kukje Gallery, 2017), Shame on You (Doosan Gallery, New York, 2017) and No Longer Object (SeMA, Buk-Seoul Museum of Art, 2017).

She has previously stayed in Malmö, Sweden, where she found an understanding and interest in the Northern European society. In her application, Yun describes how the idea of ​​Northern Europe as a model of an ideal world is interpreted and consumed in a global context, which may form the basis for Yun's future art work at Maltfabrikken.